Calling capital is the long-term process of a startup before exiting. However, not many startups could clearly know how many stages they should pass and what investors they can connect with in each round. Understanding the importance of insight into fund calls, this article will let you know how many funding rounds your startup needs to reach a successful exit.

Early-stage startups focus on raising project ideas, product development, building a customer base, and establishing a strong cash flow. The fund for this stage is crucially important that deciding the fate of the startup. It typically has two minor phases this stage.

Pre-seed stage or bootstrapping stage is the time to operate getting off the ground. Your startup uses this period to pop the idea and set an initial plan for it. It’s also the time to assess the viability of your idea by building the product or service prototype. Therefore, Venture capital firms are unlikely to fund in exchange for equity because of the hazards of throwing their money into the fire. So, you must depend on your own money or get support from your family or close friends.

In general, it is rare to seek out an angel at this stage, but it’s still viable to try if your idea can get their attention. The amount of pre-seed is under 150k. However, basing on startups’ resources to self invest or raise from outside, sometimes it can reach $5M at pre-seed stage.

So now, after passing the pre-seed stage, your company has more experience in running your startup, and already knows how to demonstrate your project into a viable investment opportunity. The goal in the seed stage is to secure enough funding currently to prove to future investors you have the capacity to grow and scale.

As Elizabeth Yin, Founder of Hustle Fund once said, “I’m seeing massive party rounds here in San Francisco — $3 million – $5 million seed rounds. Sometimes $10 million rounds right out of the gates! My friend, a fantastic serial entrepreneur with an exit, raised $8 million recently at $30 million+ post-money valuation with only a very early version of a product. Investors literally threw money at her and her round was oversubscribed.”

Your business can get the fund from:

This period is when your startup reaches the level of having a consistent customer base and a steady source of revenue. The cash flow may begin rapidly increasing.

To improve the growth of your business, you need to hire more employees to manage the workload or even open more branches or scales of your business. That’s why calling for more funds is a big deal to satisfy these developing demands:

This is typically considered the very first round of venture capital financing. At the series A stage, your company mostly has completed the operation plan and has a pitch deck emphasizing product-market fits. So that, it can easier get the attention of these most common investors for the later stage:

The fund for series is much larger than the two previous ones, business can be raised around $13M from investors.

Now is the time to scale your business. This stage of venture capital supports actual product manufacturing, marketing, and sales operations. To expand, you will likely need a much larger fund than the series A stage, which usually attracts from $15M to over $30M.

In series A, the investors just measured your potential, but in series B, they obviously want to see the real performances and evidence of a commercially viable product or service to support future fundraising.

The actual metrics not only can give investors more confidence to fund but show the capacity on a larger scale of your business.

To adapt the capital your startup needs in this round, these are some potential investors you should connect with:

Series C and beyond

This is the expansion stage after your business has achieved success and incremental funding to build new products, leads to more markets, and even acquires other startups. It typically requires two to three years to reach this phrase on a quick trajectory. And now, you are in exponential growth and have consistent profitability.

Therefore, you definitely get more investors who are eager to participate with larger funds compared to series B. Because they know that it will be less risky to shoulder through your success evidence from the previous series.

A Series C funding amount is generally between $30 and $100M settling on an average round of $50M. At this point, a startup’s valuation is likely over $100M and they are on a national radar looking to expand internationally.

There are the most common investors who readily jump into your business in series C and beyond:

These above are the stages of funding that your startup should know. Insight on the difference between funding rounds helps an entrepreneur to understand what each round means to the company raising money, what they have to face, and how far along the road the company is on the way to becoming an exit.

Easier reaching your investment by Wiziin

Getting successful investment is very important for a startup. However, to reach the investors is not as easy as talking. Empathizing the struggle of startups and wanting to be a ‘good buddy’ in startup growing trips, Wiziin has come with the mission to connect startups to investors.

Wiziin is a data-driven investment platform that focuses on facilitating the professional investment decision-making process by adding innovative values to the sourcing, due diligence, following up, and exiting process.

Wiziin Inc. provides solutions in capital raising, deal making, portfolio monitoring, and fund administration for VC, Angel Investors, and SMEs in the Asia Pacific Region, which is created and run by experienced venture capitalists from Ireland and Canada with an ambitious approach of a disruptive investment tool which contributes to leverage the emerging economies. Angel Syndicate 101: How to meet an Angel Group? 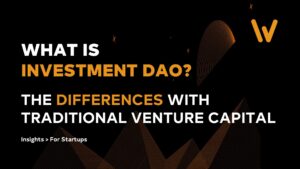 What is Investment DAO? – The differences with Traditional Venture Capital. 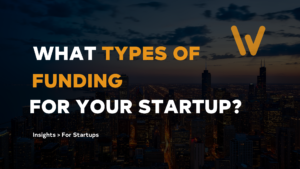 What types of funding for your startup? 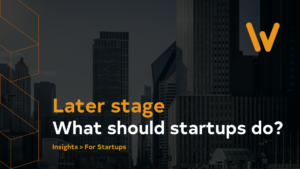 Later stage – What should startups do?