Can an algorithm outperform the average angel investor? And if it can, does that also mean it will make less biased investments? Researchers put these questions to the test: They built an investing algorithm and put it head to head with 255 angel investors in a simulation, asking it to select the most promising investment opportunities among 623 deals from one of the largest European angel networks. The results? The algorithm significantly outperformed the average novice investor and even experienced investors who fell prey to cognitive biases, but was bested by the top tier of experienced investors, who could control for their own biases. While the algorithm may have made less biased choices when it came to the race and gender of the founders it picked, it also reflected systemic inequalities, and illustrated the limits of how algorithmic investing can be used to address deep social inequalities. Even so, the experiment offers a vision for how — and when — investors might deploy similar algorithmic aids in their investing, and how it might lead to better and fairer decisions.

Many large venture capital funds use artificial intelligence (AI) to support their investment decisions. Bill Maris, former managing partner at Google Ventures, once said that when you “have access to the world’s largest data sets … it would be foolish to just go out and make gut investments.”

Most startup investors, however, do not have access to Google-esque resources and still do things the old-fashioned way. Angel investors, for instance, rely heavily on gut feeling to make investments. But as technology advances and the cost of building powerful algorithms through machine learning decreases, these investors will need to decide whether to incorporate AI. Can it outperform human judgment in making early stage investment decisions? And how should angel investors use it?

To answer these questions, we built an investment algorithm and compared its performance with the returns of 255 angel investors. Utilizing state-of-the-art machine learning techniques, we trained the algorithm to select the most promising investment opportunities among 623 deals from one of the largest European angel networks. The algorithm’s decisions were based on the same data that was available to the angel investors at the time, which included pitch material, social media profiles, websites, and so on. We used this data to predict a startup’s survival prospects — instead of measures such as valuation, which investors often favor — because it allowed us to train the algorithm with a much larger and more reliable dataset.

The results were striking, and offer significant insight into how — and when — algorithmic investing tools might be used to maximum advantage. According to our research, novice investors are easily outperformed by the algorithm — with their limited investment experience, they showed much higher signs of cognitive biases in their decision making. Experienced investors, however, faired far better. As such, our research shows how biases shape the decisions of human investors — and how working with algorithms might help produce better and fairer investment returns.

The Algorithm vs. the Angels

It has been well documented that cognitive biases — meaning systematic deviations from rational behavior — lead to inferior investment performance. We measured five biases: 1) local bias, which describes angel investors’ tendency to make investments that are in close geographic proximity to themselves; 2) loss aversion, meaning angel investors’ tendency to be more sensitive to potential losses than to potential gains; 3) overconfidence, when investors “overcommitted” and spent significantly more money on one startup that they usually would; 4) gender bias; and 5) racial bias. Our data shows that all biases were present among the angel investors with overconfidence — which 91% fell prey to at least once — being the most frequent and strongest bias to affect investment returns.

Not all investors are equally susceptible to their biases, however. For instance, angel investors with lower signs of irrational behavior in their portfolios performed significantly better than their rather irrational counterparts: the less biased novice group averaged 3.51%, whereas the novice group with higher biases, on average, lost money at -20.52% IRR.

There was one other factor we found to be at play, which may give algorithms an edge. Achieving higher portfolio returns in venture investing has two sides – protecting the downside and increasing the upside. A central thesis and the main focus of venture investing has always been to find statistical outliers (i.e., “unicorns”); our study, however, gives reason to rethink this central investment hypothesis in angel investing. By predicting survival probabilities, the algorithm was able to pick much better portfolios than the large majority of the 255 angel investors. As such, our data suggests that in the greater scheme of things, it might actually be more important to avoid a bad investment than to try to hit a home run. Given their limited funds, angels only invest in a finite amount of ventures and must, therefore, take great care with each investment. Therefore, asking “is this a viable business with very high chances of survival?” might be more valuable in achieving higher portfolio returns than searching for the needle in the haystack.

There has been ample discussion about whether algorithms are biased by their creators. In our case, the outcomes in the training data were not classified by humans directly (compared, say, to hiring algorithms, where humans decide who has been a good hire in the past). The algorithm was trained on actual survival and performance data of hundreds of ventures. Given this high degree of objectivity, we see that compared to the average investor, the algorithm’s portfolio selection was less influenced by classical investment biases such as loss aversion or overconfidence. That doesn’t mean it didn’t show bias, however. We were surprised to see that the algorithm did tend towards picking white entrepreneurs rather than entrepreneurs of color and preferred investing in startups with male founders.

Given these specific results, we can say that the current controversial discussion around biased algorithms that are being blamed for making unfair decisions is overly simplistic and misses the underlying problem of inflated expectations. Machine learning models are frequently trained to discriminate between different decision alternatives, e.g., good or bad early stage investments. AI itself is, per default, not irrational or biased; it just extrapolates patterns that exist in the real world data that we give it to learn and to exploit these patterns in order to distinguish between the potential decision alternatives.

Thus, AI may be able to counter the flawed decision-making processes of individual investors with low investment experience, e.g., it may help correct investors that overestimate their ability to assess the risk of a given investment. However, using AI as a means for fighting societal inequalities is more challenging. Although all data sources were objective and free of human judgement in our case — and the algorithm was not fed race and gender data — it still came to biased decisions. But the algorithm itself did not make biased decisions; it reproduced societal inequalities that were inherent in our training data. For example, one of the most important factors on which the algorithm based its predictions was prior funding that the startup had received. Recent research shows that women are disadvantaged in the funding process and ultimately raise less venture capital which may lead to their startups not being as successful. In other words, the societal mechanisms that make ventures of female and non-white founders die at an earlier stage are just projected by the AI into a vicious cycle of future discrimination.

Importantly, our results indicate that consciously debiasing decisions for race and gender might increase not only fairness, but also performance of early stage investment decisions. For instance, we found that experienced investors that invest in ventures of non-white founders systematically outperformed our algorithm. Thus, these experienced investors made successful investment decisions that were free of the implicit patterns of discrimination that undermined the results of our algorithm. In general, there is always a tradeoff between fairness and efficiency in resource allocation. This tradeoff is also apparent in algorithmic decision making. We can never expect AI to have a built-in solution to automatically solve societal problems that are inherent in the data that we feed it.

Our research underscores the advantages of using AI in early stage investing. It can process large amounts of data, correct individual investment biases, and, on average, outperform its human counterpart. At the same time, the most successful individuals — experienced investors able to correct for their cognitive biases — outperform the algorithm in terms of both efficiency and fairness.

Of course, this doesn’t have to be a binary choice between gut feeling and algorithmic decisions. Managers and investors should consider that algorithms produce predictions about potential future outcomes rather than decisions. Depending on how predictions are intended to be used, they are based on human judgement that may (or may not) result in improved decision making and action. In complex and uncertain decision environments, the central question is, thus, not whether human decision making should be replaced, but rather how it should be augmented by combining the strengths of human and artificial intelligence — an idea that has been referred to as hybrid intelligence.

Artificial intelligence in the loop. Our research shows that algorithms could help novice investors in making early-stage investment decisions. To start angel investing with the help of an algorithm enables novice investors to avoid decision caveats and thus to achieve higher returns early in their investment career, which encourages them to continue investing. Angels who keep investing provide important resources to an ecosystem that fosters job creation and innovation. Therefore, we see lots of potential in investment algorithms to train novice investors in making expert-like decisions that result in improved financial returns.

Human intelligence in the loop. For more experienced angel investors who have learned to manage their cognitive biases, our findings show that their intuition should still be considered the gold standard of early-stage investing. So, algorithms should not only be trained on “objective” past performance data that easily reproduce societal biases, but also on the decisions and actions of these selected decision makers. Therefore, at same time, we see potential in experienced investors to train investment algorithms to make better and fairer investment decisions. 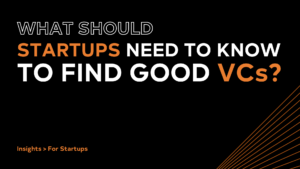 What should startups need to know to find good VCs? 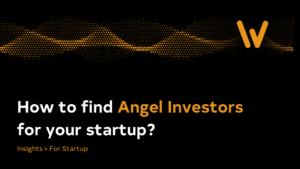 How to find Angel investors for your startup? 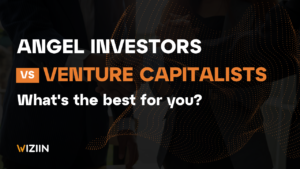 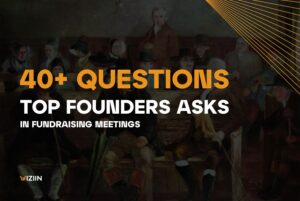